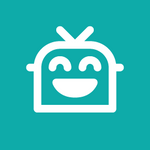 Zorro08 in Home Networking
2
2
Thanks to both responders. While I had already seen the page listed by Black Mamba, I had not fully appreciated the point written by IloveIB in that it should be attempted to place the WLAN-Box at the midpoint between IB and end devices. Since the end devices are all mobiles, this is never going to be possible to do exactly, but I was able to move the WB to the other corner of the room (it is actually about 4m below the IB with a floor between).  The quality of the signal did indeed improve.   Thanks again Mehr anzeigen

Zorro08 in Router & Hardware
Good idea. I use as antivirus Total-AV. So i tried it out and caused it to perform a full scan. No trace of such a virtual login.   I have tried contacting their support to ask about their real-time protection, but no answer yet.   Another such device appeared on my LAN at 01:33 this morning.   Worrying. Mehr anzeigen

Zorro08 in Home Networking
I can see that my IB-3 and WB are using 5GHz. The signal strength is, however, displayed as very low (although everything does work, but slow).   I am unsure, of course, if switching to use 2.4Ghz would improve things. But I would like to be able to try. Mehr anzeigen

Zorro08 in Router & Hardware
I have a Swisscom Internet-box 2. Recently, while examining the Devices list, I discovered some devices which I could not identify. So I deleted them from the list and, for safety's sake, changed the WiFi password.   But the next day they were back! Deleted them again. Next day, back again.  1. As the router cannot determine what device is behind them, it names them  PC-nnn, where nnn is a number which increases with each connection, 2. Time of day of last connection has no apparent pattern. Middle of the night and middle of the day. Usually though about twice per day.   3. I have never caught one actually connected. Always in the Not connected list.   4. Very strangely, sometimes they show as having been on the WLAN and sometimes as on the LAN. The latter is exceptionally weird as there is certainly no physical device plugged in with the 2 exceptions the TV box and my solar-energy battery.   4a. Having written that, the energy battery is connected via a power-line adaptor. Is this perhaps a weak spot allowing this? Swisscom support cannot explain this. Has anyone here seen anything like it or know a possible explanation?   Mehr anzeigen 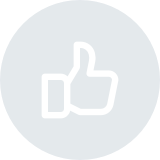